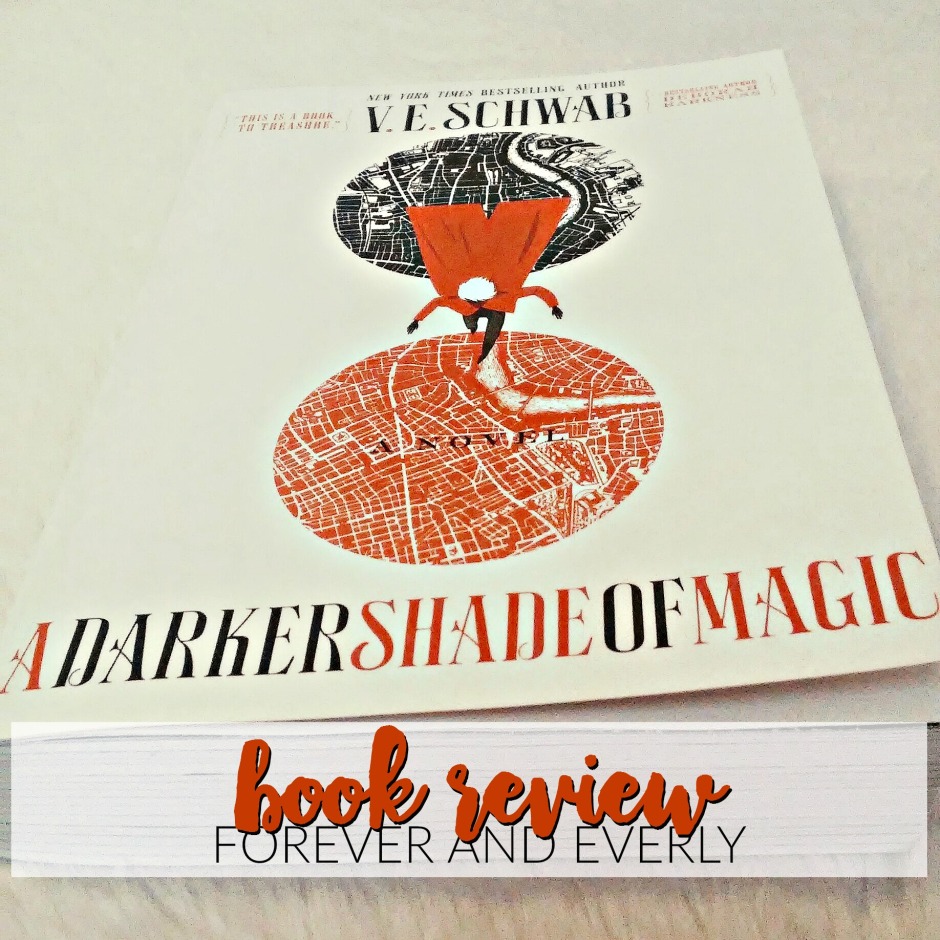 You’d think that I’ve read enough beautiful books that I wouldn’t be surprised by another.

I read A Darker Shade of Magic by VE Schwab a few weeks ago. And gosh, it was absolutely MAGICAL. Or maybe that’s because the book involved magic???

Ignore me while I cry please.

*note that this is my first review of ever and because I have like no experience writing reviews, my thoughts are probably all over the place and it’s disorganized. whoops.

((view my shorter synopsis under this horribly long one))

Kell is one of the last travelers―magicians with a rare, coveted ability to travel between parallel universes connected by one magical city.

There’s Grey London, dirty and boring, without any magic, and with one mad King―George III. Red London, where life and magic are revered―and where Kell was raised alongside Rhy Maresh, the roguish heir to a flourishing empire. White London―a place where people fight to control magic and the magic fights back, draining the city to its very bones. And once upon a time, there was Black London. But no one speaks of that now.

Officially, Kell is the Red traveler, ambassador of the Maresh empire, carrying the monthly correspondences between the royals of each London. Unofficially, Kell is a smuggler, servicing people willing to pay for even the smallest glimpses of a world they’ll never see. It’s a defiant hobby with dangerous consequences, which Kell is now seeing firsthand.

Fleeing into Grey London, Kell runs into Delilah Bard, a cut-purse with lofty aspirations. She robs him, saves him from a deadly enemy, and finally forces Kell to spirit her to another world for a proper adventure.

Now perilous magic is afoot, and treachery lurks at every turn. To save all of the worlds, they’ll first need to stay alive.

There is a guy named Kell, who is one of the only people who can travel between all the Londons (called Antari). He’s technically property of Red London’s king and queen (being property is fun), so he travels between the worlds to deliver messages and stuff. But he’s also a smuggler, yay.

But smuggling is dangerous (who would’ve guessed) and he accidentally smuggles a dark magicky object that almost makes him die. And then he meets Delilah Bard, also known as Lila, and then they go on an adventure to SAVE THE WORLD.*

ALSO, please note that this is ADULT FANTASY, but because I was an innocent, naïve, oblivious little bean, I was completely clueless of this fact until I looked for AGOS in my library catalogue and OH DEAR IT’S IN THE ADULT SECTION.

*Saving the world is something I do on a daily basis, just so you know. It’s fun. 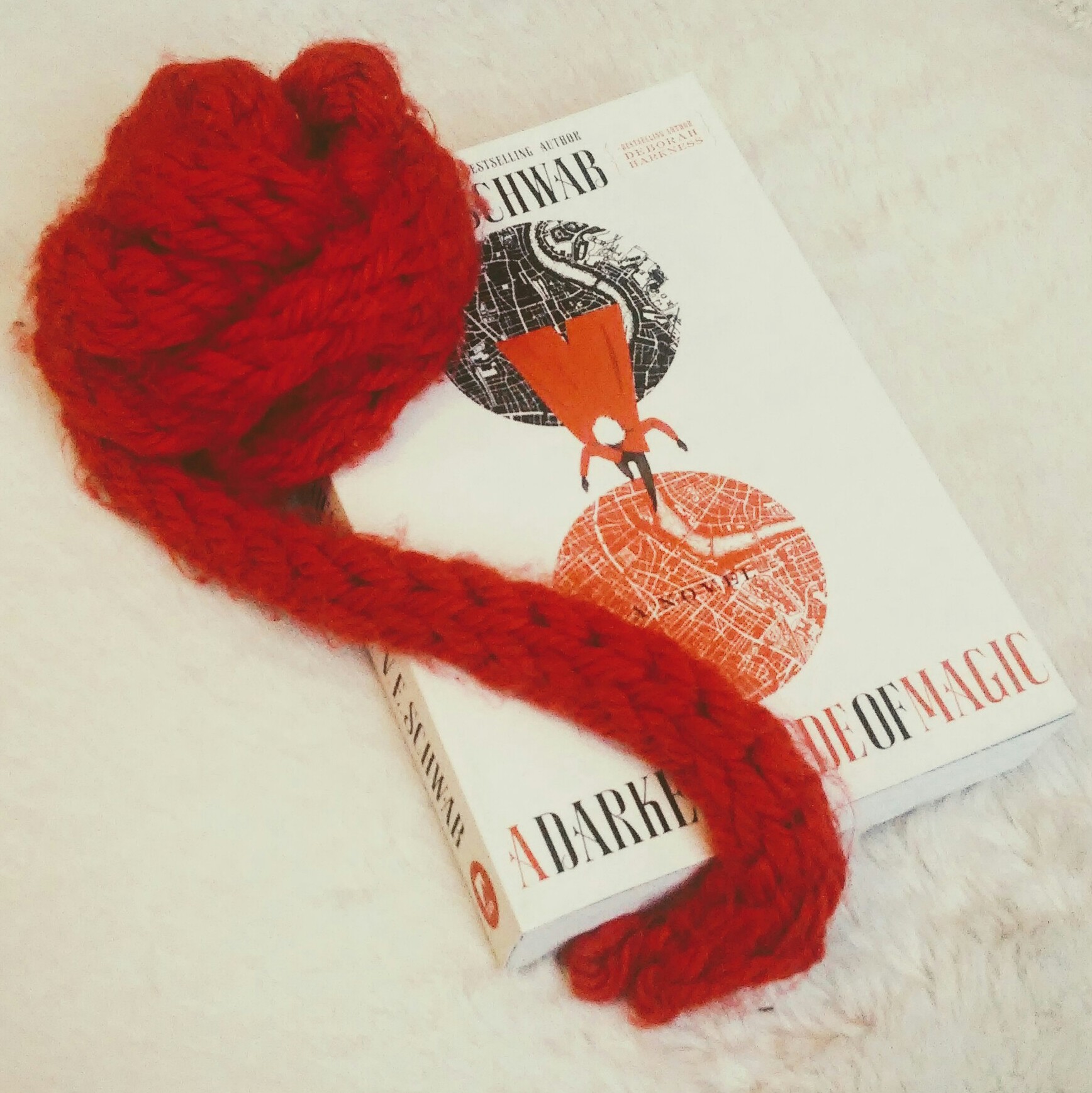 Okay, the first thing I will say about ADSOM is that it was

It was so, extremely slow. Even the action-y parts were slow as well. That was my main problem with it: SLOW, SLOW, SLOOOOOOOOOW.

I thought it would speed up later on, but nope. It pretty much stayed at the same pace for the whole book. HOWEVER, I have been promised that the next books are much faster, so THERE IS HOPE.

Oh, the CHARACTERS. They were just so AMAZING.

I had a tiiiiiiny problem with the plot though.

My problem was that it was your average “uh oh dark magic agh now we have to save the world okay did it” thing. I mean, VE Schwab made it slightly different with the Vitari and other stuff, but essentially, it’s your dark-magic-takes-over fantasy.

BUT I STILL LOVED THE PLOT. She executed it well, and that’s all that really matters. (Sort of.) 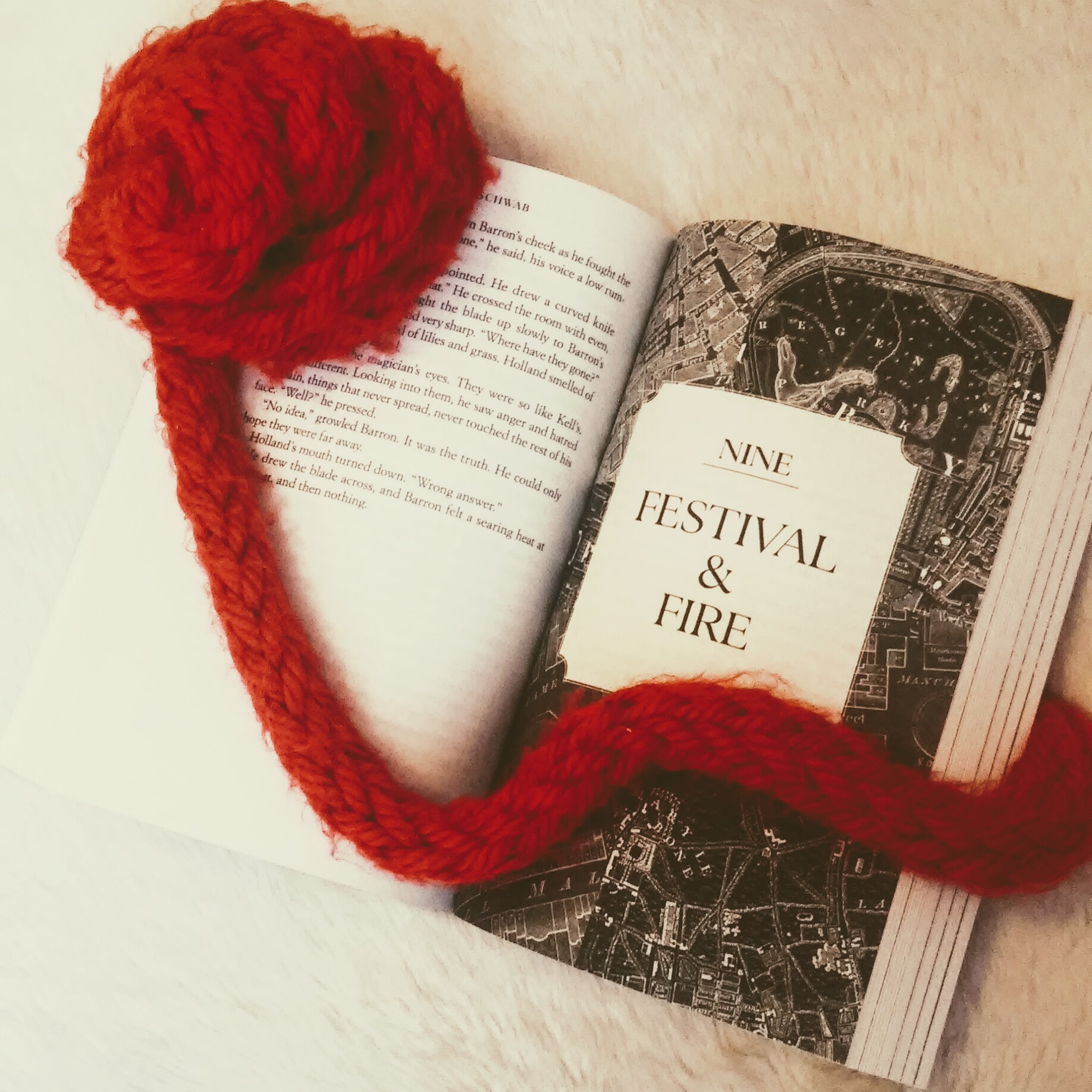 Overall, I think that while it was SO HORRIBLY SLOW, it was the characters that brought it home for me. The characters are THE most important part of the story, in my opinion, and these characters were just amazing. ❤ I could fangirl about many aspects of this story, even with the snail pace, which is why I give A Darker Shade of Magic a rating of…

a wonderful read that was slow, but had amazing characters

(Also, the fact that I BOUGHT THIS BOOK WITH MY OWN MONEY makes it even more precious.)

have you read adsom before? if so, did you like it? if not, have i inspired you to read it? isn’t formatting a review horribly difficult? have you read a book that was horribly slow? do you agree that characters are the most important part of books??? i demand your opinion, mangoes. 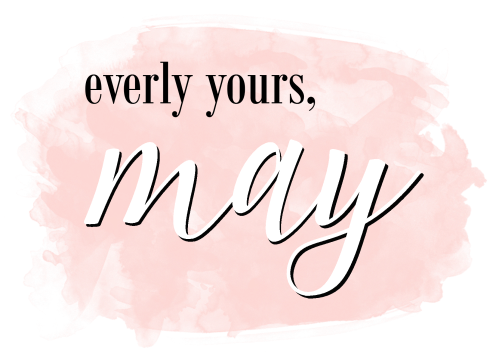 83 thoughts on “In Review: A Darker Shade of Magic // HOW IS THIS SO BEAUTIFUL” 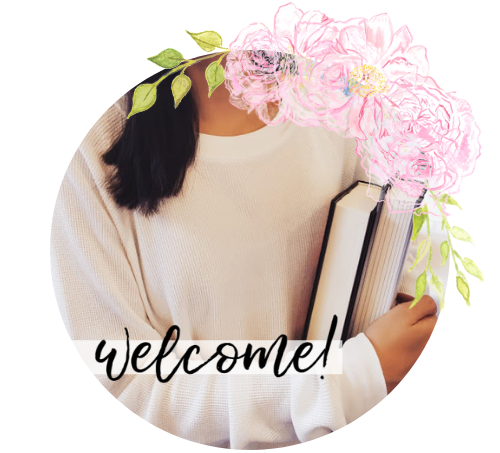