It’s not a secret that some people are more privileged than others, all over the world.

I’m so lucky to be living in the US, not only because of what it means for me blogging-wise, but also because I know that there are other countries in the world where people don’t have the same opportunities as me. And I feel so grateful for everything provided for me!!!

But lately, because I’m a Very Intuitive person, I’ve been noticing a lot of privilege in the YA book community. There have been discussions about adults vs. teens when it comes to YA, not to mention how marginalized reviewers aren’t getting books that represent them.

So after ranting out loud to no one because I’m pathetic, I’ve decided to write a discussion on some ways one can be privileged in the YA community!!

(For reference: When I say “influencer”, I mean groups of people like bloggers, booktubers, bookstagrammers, etc. and everyone else who has an impact on the YA book community.)

I think this is one of the BIGGEST ways certain influencers can be more privileged than others.

If you’ve been around the community for a bit, you’ve probably noticed that there have been a lot of changes made that impact how accessible ARCs are to influencers who don’t live in the US. And they’re not good changes.

US influencers have a LOT of privilege when it comes to things like ARCs—and I say this as a US influencer—because many publisher headquarters are in the US, which means that they are able to ship in the country, but not really outside the US, because of “legal issues”. And also shipping costs. (Some publishers ship internationally, though!)

And not only is it just physical ARCs, but sites like Netgalley where eARCs (ebook versions of ARCs) were once available to INTL readers are not so available anymore. Here’s a great post by Laura explaining more into detail what went on! 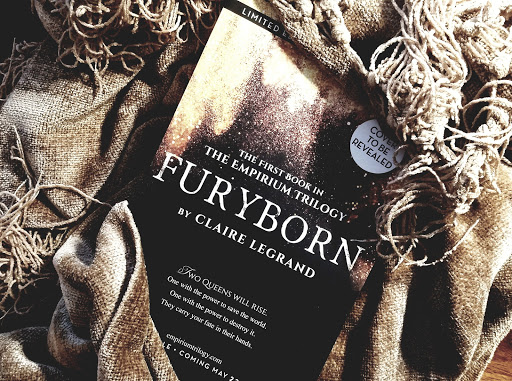 And in a lot of non-English speaking countries, INTL readers who want to read books in English can’t get any from their libraries, or have to pay a fee to, and they often have to resort to purchasing their books (physical or electronic), which is not always what everyone can afford.

So US influencers are definitely at privilege here! I also personally believe that certain INTL countries (especially English-speaking ones) are at more advantage than other INTL (non-English speaking) countries, but I don’t really want to get into that since it’s not my place to discuss it.

There has been some debate on who the YA genre belongs to, and honestly? In my humble opinion, the YA genre doesn’t belong to anyone, and anyone who wants to read it can and should be able to read it. But the YA genre is AIMED towards the teen audience, hence its name, Young Adult.

The sad thing is that a lot of things relating to YA (such as awards for favorite YA influencers) are centered around adults. Of course, adults do whatever they want!! Read YA, blog about it, take pictures of YA books!!! But teens aren’t being appreciated as much as adults in the YA community when the YA community is… for them.

And another thing that puts teens at a disadvantage is the fact that they ARE a teen. As a teen myself, I can say that I really don’t have the money to get books, and my parents have other things to buy than books for me.

And I’m not able to get a job to get money because 1) I’m a teen and some places have an age minimum, and 2) I don’t have enough time, because of school all day for five days, extracurriculars, and homework on my free days. And I also have a thing called:

(Of course, people other than teens can also be put at a financial disadvantage, which I’ll talk about later.)

the “majority” vs. the marginalized

Is everyone ready for a rant????

There are so many diverse books that can offer representation to diverse reviewers. For example, if there was a book with a Thai MC, I’d be scrambling to request an ARC of it.

But a lot of the time, these books go to non-diverse influencers first, because they are more popular and can get the book more attention.

I GET publishers. They want the money, as does literally everyone else in the world, so they get those ARCs to people they know are well-known in the community and are able to get more people excited about the book.

But marginalized reviewers deserve those ARCs as well. Why get a popular influencer’s review of “I can’t comment on this rep because I’m not a part of the minority” when you can get someone who actually CAN talk about how accurate the rep is, and hopefully feel represented by it??

And the thing is, marginalized influencers do not usually get to see themselves in books at all. It’s true that books are becoming more and more diverse, but there are still so many identities not being represented in fiction. Feeling represented is amazing: You feel understood, and you feel like your story and voice are actually worth something.

So maybe, publishers, you should consider prioritizing ownvoices reviewers? Or at least giving them more of a chance?

(And also something that I personally don’t like in this community: Some diverse ARCs are given to influencers who don’t even ask for it, and they may not ever read it. I think that getting ARCs without ever requesting would be SO so cool, but… when it’s diverse? And it could offer representation to someone? And you give it to an influencer who isn’t in that minority and may never read it? Hmm.)

And we have FINALLY reached the main inspiration for this post.

About a week ago, I was randomly going through bookstagram accounts, because I like looking at pretty pictures of books (is it possible not to??). So I visited a very popular bookstagram account I knew of, and scrolled through the comments, looking for more accounts with pretty photos.

But soon I noticed a pattern. I knew that this existed before going through the accounts, but I hadn’t really thought much of it.

The popular bookstagrammers who seemed to have gotten publishers’* attention had:

To go even deeper: How many of these people are not marginalized reviewers, receiving diverse ARCs/review copies that represent other people?

Of course, there are definitely other ways to establish yourself in the book blogging world without having to be able to afford a lot of (physical) books. (For example, I would say I’m pretty established, and I buy about 5 books each year with my own money—though of course, I’m privileged to have a good library selection.) But it’s often that way on bookstagram, as an outsider looking in, and bookstagram is becoming increasingly important.

I’m not going to assume anyone’s financial situation. Who knows where all everyone’s books come from! If it came from their own money, great! If it came from other people, whether it be family or friends or publishers, also great! But if you can afford to buy the book while someone else can’t, maaaaaaybe that person should get the free review copy instead of you?

(Obviously this is just my opinion!!! And probably a lot of people will disagree with me!! And that’s fine!!! But while I think everyone deserves to get books, there are some people who can afford it more than others and therefore don’t really neeeeeed to get that ARC from publishers, when they can buy it themselves. **This is mostly talking about unsolicited ARCs.**)

And I don’t mean to hate on bookstagram or its users. (Or anyone able to afford books, for that matter.) I know that it takes a lot of work, and I really look up to them!! And I know that ARCs are very very exciting, no matter your financial situation!!

But I just think that we should start be talking about this privilege more, because it exists everywhere in the YA online bookish world.

*I know that there are more aspects to a good photo than this, but THIS IS A VERY BIG PART OF GOOD BOOKSTAGRAM PHOTOS!!

I think that what makes me the most frustrated is that influencers without much privilege have to fight at least 2 times harder to get the same opportunities as privileged influencers, and most of the time, that opportunity falls through BECAUSE they are not in a position of privilege.

An example I like to use is with INTL influencers. I know a lot of INTL influencers who are lucky enough to get physical ARCs, but they had to email publishers many more times than I do and prove themselves more and just fight harder in general.

And it’s not fair. It’s not something we can change easily. But it just really frustrates me to see that privileged influencers are just constantly being rewarded, while the less privileged barely get anything, even if they put in the same effort.

so, what are your opinions on this? do you think you are in a position of privilege? do you have a good library selection? how do you think we should tackle the topic of privilege in the community? and PLEASE feel free to (respectfully) disagree with what i said, or let me know if i said something problematic!!!

p.s. hi everyone!! so a quick mental health update: I was actually feeling quite well at the beginning of March, but the week I was off from school, it worsened and got to the point of me breaking down at night. surprisingly, I think going back to school has proven a good distraction for me and I can say I’m doing better now!! I’ll try my best to comment on posts or reply to comments but I have no idea when I’ll be able to function regularly again at the moment. hope you’re all doing amazing!!!

56 thoughts on “Privilege in the YA Book Community: Discussing Ways How Some Influencers are at More of a Disadvantage Than Others”