Furyborn is one of the latter.

I enjoyed parts of it? I hated others of it? I was confused about it, but also really bored, and I found it hard to actually care about it sometimes? (Which basically describes how I feel about myself.)

But I can say with all the confidence in me: my feelings towards Furyborn are not positive.

There are a lot of mixed reviews, so it’s possible that I just may be one of the people who didn’t like it, and you might be someone who loves it! But I really… did not enjoy it. So here’s a rant on the bland characters and the very unclear bi rep.

When assassins ambush her best friend, the crown prince, Rielle Dardenne risks everything to save him, exposing her ability to perform all seven kinds of elemental magic. The only people who should possess this extraordinary power are a pair of prophesied queens: a queen of light and salvation and a queen of blood and destruction. To prove she is the Sun Queen, Rielle must endure seven trials to test her magic. If she fails, she will be executed…unless the trials kill her first.

A thousand years later, the legend of Queen Rielle is a mere fairy tale to bounty hunter Eliana Ferracora. When the Undying Empire conquered her kingdom, she embraced violence to keep her family alive. Now, she believes herself untouchable–until her mother vanishes without a trace, along with countless other women in their city. To find her, Eliana joins a rebel captain on a dangerous mission and discovers that the evil at the heart of the empire is more terrible than she ever imagined.

As Rielle and Eliana fight in a cosmic war that spans millennia, their stories intersect, and the shocking connections between them ultimately determine the fate of their world–and of each other.

I think that the problem with this book is that it has such an interesting and fabulous premise. There are so many tiny aspects of this world and the story taking place that are so fascinating, and it could’ve made a REALLY great novel… but it didn’t.

Those aspects really could’ve been amazing also if the book had not been 400+ pages long. It is unnecessarily long and it was PAINFUL to get through. Even worse, it was told through alternating viewpoints, making it even longer. Rielle’s chapters were mainly about very similar trials that we knew she would complete. Eliana’s chapters were filled with lots of action, but had no ultimate destination.

The beginning was super !! good !! and it was actually interesting !! The prologue got me instantly hooked*. The first few chapters were action-packed and well-paced. And then suddenly we get to a point in the book where things start to drag and I suddenly find myself not caring anymore. A shock.

*Actually, while the prologue was exciting and engaging, it gave away waaaay too much information. Certain plot twists that were revealed around the 75% mark were easily guessed… right after reading the prologue. This is not good writing? When your plot twists aren’t twists and more of a confirmation of a theory you’ve had for 300 PAGES, you have a problem??? 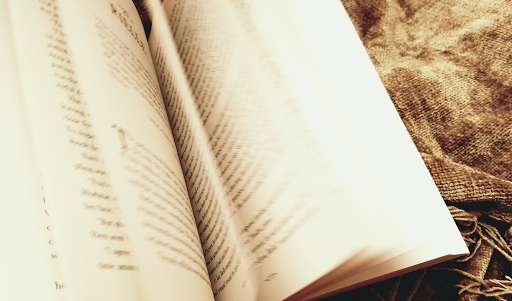 The characters could have been SO GOOD. So, so good. But again (like everything else in this book!!!), the actual writing of them failed and whatever emotion I felt towards them at the beginning slowly faded away after the numbing apathy that comes when you have to read 500 pages of something you don’t like.

Rielle is a woman whose magical powers are discovered after an incident, and she is forced to complete trials to prove those powers. She’s written as a good-person-soon-to-turn-evil, so this gives off the impression throughout the book that she is a morally grey character. Except she was really just annoying all the time and showed no sign of the morally-grey-ness I LOVE.

She just got on my nerve A LOT. I don’t know what it was about her, but there was something in the way that she was written that just made her SO annoying. And also, I can’t define any personality traits of hers. None. (Besides annoying.)

Eliana is a bounty hunter who kills to survive. But an attempt to write her as if she’s three-dimensional, or the least bit interesting, fails, and she’s instead written in two dimensions: One is the “I kill everyone and I fear no one and you can try to hurt me and you will FAIL” side, and the other is the “I am so guilty about everything and I’m going to get really angsty and I’m also going to do something reckless” side. (It doesn’t work well.)

She was a slightly better character than Rielle, in my opinion, but just like Rielle, it’s very hard to actually get an idea of what her character is like?? Because she is nothing but bland??

I’m grouping these three together because they were the love interests. First of all: THAT SEX SCENE NEVER HAPPENED I DO NOT CLAIM IT. Second of all: There is a really weird love triangle between Rielle, Audric, and Corien. Except Rielle doesn’t want to be attracted towards Corien, but can’t help it. (Oh yes, totally healthy.)

The romance between Eliana and Simon was weird, unnecessary, had no chemistry, and also, had a suspicious age gap (8 years). I found myself in between levels of “dislike” and “I don’t care” about all of these characters. 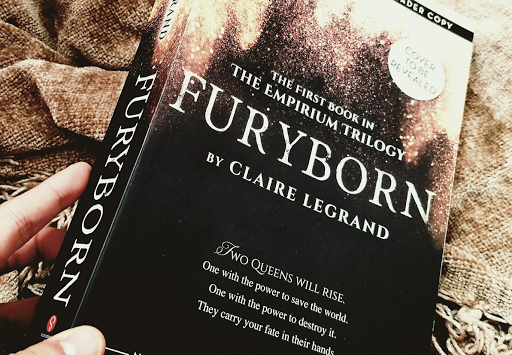 Okay, and now the rant regarding… the bi rep, which was extremely messy. And vague. And unclear. And just so very hidden.

The second main character mentions that in the past, she had sex with both men and women in order to get information, but that doesn’t equal actual attraction. She talks about the best lovers she’s had, one male and one female. This can totally mean that she’s attracted to women and men! But the way this was written, FOR ME, a multi-gender-attracted person, read off as her just enjoying sex with that woman. The act of ONLY having or enjoying sex ≠ equal attraction. ONLY action ≠ attraction.

And I’m completely fine with the fact that both of these girls end up with male characters—if they’re bi, they’re bi, and the gender of their partner can’t change that. But I didn’t feel like they were bi at all, just straight, and if they WERE bi, it was really messy rep to me.

(Note that I read an ARC and it may change in final publication. But the way this all read to me as a multi-gender attracted person did not seem like actual bi rep. I PERSONALLY do not feel good calling this bi rep, but if you felt represented by this, yay!! That’s awesome, and your feelings are 100% valid! But so are mine.) 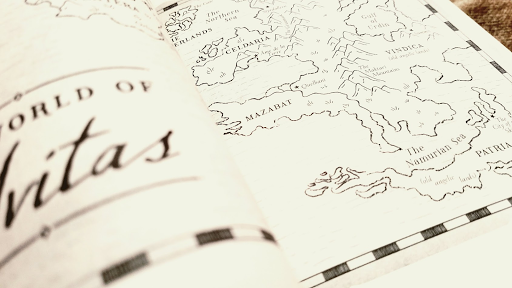 There’s a chance that in the next books, the plot may have an actual point (wow!), the characters may actually be well-developed and fleshed out (omg!!), and bisexuality will actually be clarified and explored (amazing!)… but this particular book did a sore job of it.

It’s a big no from me, and everyone can leave me alone all bi myself to cry in disappointment, good night.

thank you to Sourcebooks Fire for the review copy in exchange for an honest review! this did not my affect my opinions in any way.

are you looking to furyborn? what have you heard about it? (mixed reviews, i bet) any exciting arcs lately? what books have you been reading lately? any books that you’ve read that have questionable/unclear queer rep? TELL ME EVERYTHING

p.s. Twitter polls for the Second Annual Book Blogger Awards are going on right now! vote for all your favorites here, and me specifically HERE and HERE (because you love me)