If there’s anything I want in YA, it’s girl gangs.

You’ve all heard me scream about the importance of female friendships in YA, and how much I love reading them.

Well, when an opportunity arose for me to hop on this blog tour for Undead Girl Gang, I jumped at the chance. (“Jumped” meaning actually physically got freaked out and extremely excited.)

I was very pleased to not be disappointed by this book! There wasn’t a lot of hype for it (though there SHOULD be), so I didn’t form the highest of expectations, but it definitely did surprise me. It took zombie girls to a WHOLE new level.

This is my stop on the Undead Girl Gang blog tour! Thank you to Penguin Random House for providing me a review copy in exchange for a spot on this blog tour.

Veronica Mars meets The Craft when a teen girl investigates the suspicious deaths of three classmates and accidentally ends up bringing them back to life to form a hilariously unlikely—and unwilling—vigilante girl gang.

Meet teenage Wiccan Mila Flores, who truly could not care less what you think about her Doc Martens, her attitude, or her weight because she knows that, no matter what, her BFF Riley is right by her side.

So when Riley and Fairmont Academy mean girls June Phelan-Park and Dayton Nesseth die under suspicious circumstances, Mila refuses to believe everyone’s explanation that her BFF was involved in a suicide pact. Instead, armed with a tube of lip gloss and an ancient grimoire, Mila does the unthinkable to uncover the truth: she brings the girls back to life.

Unfortunately, Riley, June, and Dayton have no recollection of their murders. But they do have unfinished business to attend to. Now, with only seven days until the spell wears off and the girls return to their graves, Mila must wrangle the distracted group of undead teens and work fast to discover their murderer… before the killer strikes again.

Lily Anderson is a school librarian and Melvil Dewey fangirl with an ever-growing collection of musical theater tattoos and Harry Potter ephemera. She lives in Northern California. She is also the author of THE ONLY THING WORSE THAN ME IS YOU and NOT NOW, NOT EVER. She tweets @ms_lilyanderson.

This book turned out to be everything I expected, plus a little more. It’s such a fabulously-written murder mystery with layers of wit, grief, and girls supporting girls, and it was SO enjoyable to read.

ALSO. DO YOU SEE THAT COVER. I LOVE ENAMEL PINS. 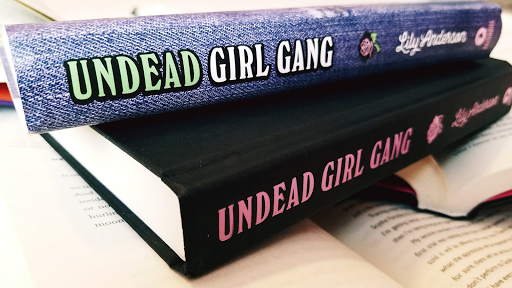 “So you . . . what? Wanna start the fat brown girl clique?”
She cocks her head at me. “Doesn’t that sound dope as hell?” 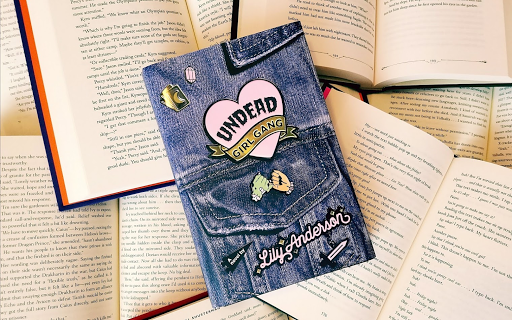 I would include a “WHAT I DIDN’T LIKE” section but honestly? There’s barely anything I didn’t like.

I think the reason this book isn’t a five-star for me is that it wasn’t exactly my vibe, if you get me? The last few chapters were definitely my vibe: creepy murderer’s justification of actions, undead girls’ bittersweet returning to their grave (not a spoiler), just overall a lot of death… I mean, making new friends.

One thing, however, that I think would’ve been amazing to see was less of a rushed ending. It’s the type of book that has this HUGE EXCITING EVENT !!!! and then the aftermath of that event plus the wrap-up of the whole book isn’t as detailed as everything was before.

This most likely is a personal thing (since I love character development), but seeing a more detailed completion of Mila’s character arc would’ve been great!

However, though it isn’t a five-star for me, it is DEFINITELY worth picking it up! It’s a hilarious, compelling mystery, with a light-hearted sarcastic narration, while still managing to portray grief. Extremely enjoyable, well-written, and unforgettable!!

are you planning on reading this? any favorite books about zombies? favorite books with strong female friendship themes? if you could bring someone back from the dead, who would it be? and do you have an enamel pin collection??