So… I’m kind of failing NaNoWriMo?

I’ve honestly never been as far behind as I am, but oddly enough, I’m not panicking? Like, you would think, and I would think, I’d be freaking out that I’m over 10K behind schedule. But I feel like I’ve just kind of accepted it and that also should freak me out but doesn’t.

Anyways! Today I’ll be talking about  how NaNoWriMo is going for me so far!! Mainly involves just me crying and dying, but it’s cool.

Also, if you didn’t get a chance to get to read anything about the WIP I’m working on, check out this post right here! 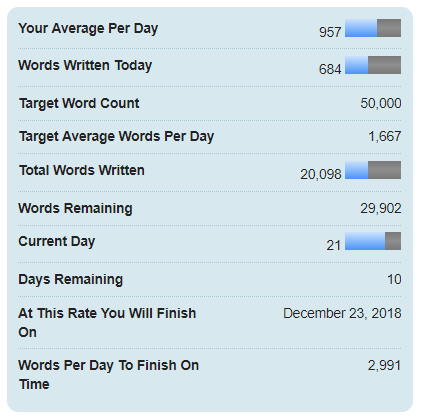 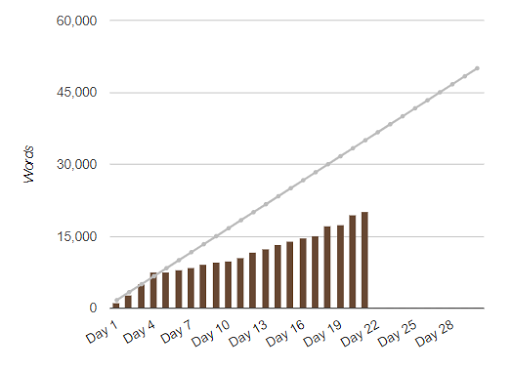 Obviously, I am doing very well!!!

As you can see, after Day 4 is when I started falling behind (wow look at how long I lasted), which is kind of pathetic considering the fact that when I was done with Day 4, I literally thought, “2K isn’t so bad! I could do this every day! This is fun!”

I haven’t written anything today, except for what I wrote “this morning” at like 12am, but I’m hoping that once I finish this post I can crank out at least 1.5K to total 2K for the day!

I don’t really do anything to celebrate Thanksgiving, but I know that I’ll be spending time with family, so I don’t know if I’ll be able to write at any other time than at night tomorrow. And on Friday and Saturday, I have plans with friends, and on Sunday, I have to work on a school project, so I probably won’t get as much writing done as I want to!!!

I’ve also realized that on the last day of NaNo I’ll be in a different city preparing for an all-weekend dance convention/competition, so that means I can’t procrastinate until the last day!!! Meaning I basically have to finish a whole day early!!!!

I’ve literally never been this far behind in my two (2) years of doing NaNoWriMo, and it’s so unexpected?? And after Day 4, when I started getting behind, I just… accepted it. I saw myself failing and my brain just went “oh well”. Like I said, usually I would freak out, and I… didn’t.

And I heavily regret NOT pushing myself to write more, because now it is very hard to catch up. I don’t want to say whether or not it’s actually possible for me to get to 50K, but I’m going to try to, and if I don’t make it, I’m just going to accept it.

But it’s also VERY weird because today, November 21, I got super overwhelmed and stressed out looking at how far behind I am???? Like literally no other day have I been overwhelmed or actually CARED, but all of a sudden my brain freaks out. Thanks. 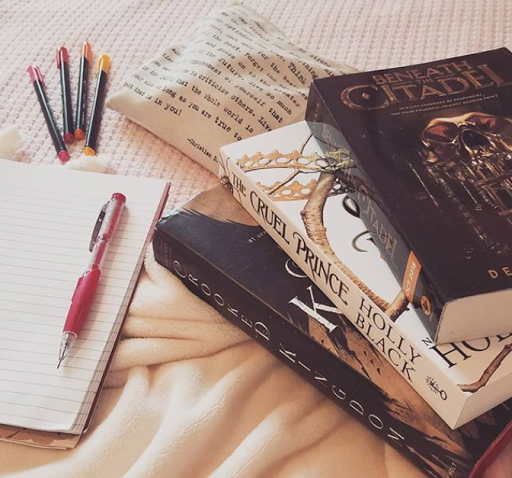 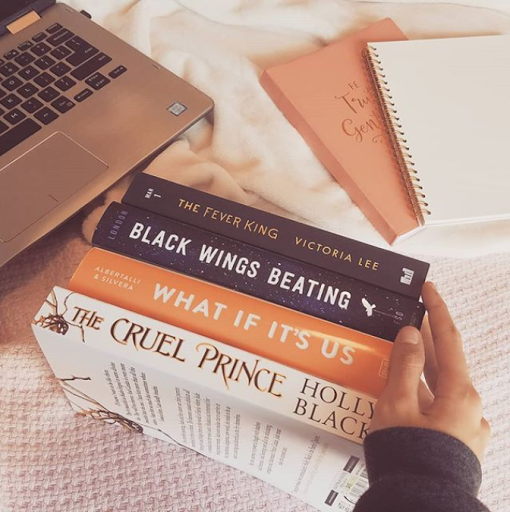 But yeah! I think the toughest part for me right now is just… lack of inspiration? Because the lack of motivation I’m facing is because I have no idea what to write, and I don’t like writing when I don’t know where it’s going to go. Maybe you should have actually PLOTTED then, May!!!!

And I’m really surprised that I’m finding the “descriptive thought narration” parts easier to write than dialogue?? Those sections flow more naturally for me than dialogue, which usually isn’t the case and it’s really weird.

Besides the whole I-have-no-idea-what-I’m-writing thing, it’s actually… okay, I guess. The plot (or lack of) is really bad and it’s making me completely lose my motivation, but I’m still pushing through and it’s still not a total failure!!

At the beginning of NaNo, I was sharing some stuff here, but then I stopped. It was fun while it lasted…?

Anyways, I wanted to share just a FEW snippets, since they serve as a great motivator for me! Because I see writing that’s actually okay and want to write more! At least that’s what I hope happens, instead of me wanting to just rot in a hole for the rest of November!

MALI I LOVE U

NAHLA I LOVE U

LONZO I LOVE U

And that’s all I’ll share! Because everything else is unedited and sucks and I’m also getting more and more self-conscious!! (But also I love my characters so much, like I would marry them all if I could, like the dumb bi I am.)

how’s NaNo going for you, if you’re doing it? what are the easiest and hardest parts? are you ahead, behind, or right on track? ANY TIPS FOR ME ON HOW TO CATCH UP??? (and feel free to add me as a buddy!!)

p.s. would you look at that! a post that’s actually under 1k words!! aka I’m really trying to save my writing energy for my NaNo and NaNo is also going so bad for me that I literally have nothing else to say about it!!!

39 thoughts on “NaNoWriMo Update: I Got Horribly Behind (as in, 15K Words Behind) But I’m Catching Up and Having Fun!! Kind of!!”