Another Asian fantasy?? You heard right.

I’m back with yet another review of an Asian fantasy I adored, because it’s just my brand!!!

When I first heard of this book, I was really intrigued by the blurb, because it talked about an acrobat warrior girl and a witty thief going on an epic adventure, and just hearing about that dynamic added five years to my lifespan. It turned out to be a super fun book to read, with a unique blend of steampunk and magic, and I’m excited to talk to you guys all about it today!

STRONGER THAN A BRONZE DRAGON

When a powerful viceroy arrives with a fleet of mechanical dragons and stops an attack on Anlei’s village, the villagers see him as a godsend. They agree to give him their sacred, enchanted River Pearl in exchange for permanent protection—if he’ll marry one of the village girls to solidify the alliance. Anlei is appalled when the viceroy selects her as a bride, but with the fate of her people at stake, she sees no choice but to consent. Anlei’s noble plans are sent into a tailspin, however, when a young thief steals the River Pearl for himself.

Knowing the viceroy won’t protect her village without the jewel, she takes matters into her own hands. But once she catches the thief, she discovers he needs the pearl just as much as she does. The two embark on an epic quest across the land and into the Courts of Hell, taking Anlei on a journey that reveals more is at stake than she could have ever imagined.

With incredibly vivid world building and fast-paced storytelling, Stronger Than a Bronze Dragon is great for readers who are looking for something fresh in epic fantasy.

Thank you to Page Street for sending me an advance copy in exchange for an honest review! This did not affect my opinions in any way.

Stronger than a Bronze Dragon features an acrobat warrior girl named Anlei. Her village has been mercilessly attacked by the Ligui, evil spirits, for years, while the emperor refuses to acknowledge their suffering or send aid. All this changes when Viceroy Kang save the village from another Ligui attack with his advanced mechanical dragons.

But in exchange for the viceroy’s further protection, he wants the village’s magical River Pearl and one of the village girls as his bride—Anlei. But when the River Pearl is stolen, Anlei decides to go after the thief and finds herself on a journey full of more adventures than she predicted. From battling demons in the Courts of Hell to unraveling the mysteries surrounding the pure-spirited Yueshen’s disappearance, this book is full of delightful twists and turns.

My new title might be Lady, but even after they scrub me clean, paint my face, and clothe me in silk, I’ll still be little more than a slave.

I really loved Anlei’s character, because I feel like she was complex and so wholly human. She made selfless sacrifices for the safety of her loved ones, but she also admits multiple times that some of her actions are for her own glory. I personally loved seeing such an ambitious main character be unashamed of that ambition, especially as an Asian girl, and while I may not have completely loved her as a person, I enjoyed her so much as a character, if that makes sense.

Her development and growth were also really nice to read, as well as her conflict between wanting to save her village but also find a way to preserve herself. Marrying the viceroy felt like imprisoning herself, but she believes she’s willing to live in a way she hates in order to protect her people. 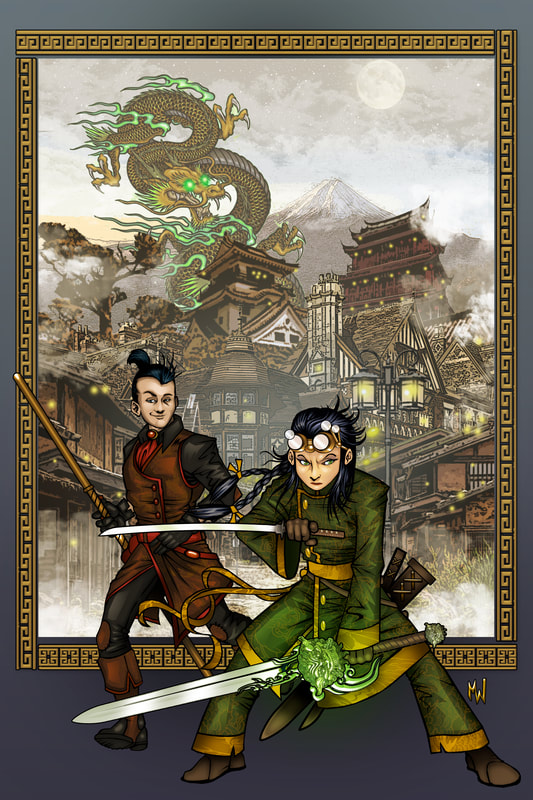 On the other hand, I loved Tai, the thief of the River Pearl. He was super funny (and the banter between him and Anlei was so witty and fun), and I just thought he was such an interesting character, especially considering his identity and background. I definitely was invested in him and how his story would play out.

These two characters truly enhanced the plot, which really stood out to me because it was packed with so much action and adventure and was therefore fun and enjoyable for me to read. I wouldn’t have cared about the plot, though, if I weren’t invested in the characters, and Mary Fan made sure that I was.

I also really loved the plot twists that happened in this book! I honestly suck at guessing any kind of plot twist, so I really can’t say whether or not they were predictable, but my sister can tell you how shocked I was at some points, because I was reading the book in the car next to her and just gasped out loud.

Nothing can truly be fixed. Once broken, nothing will ever be as it was.

I also think another component of the book that could have been improved was the development of the villain. They were very much the stereotypical evil character who wants power and doesn’t really have any particular motivation besides just wanting power. And this was pretty noticeable in the book, because there was a scene where the character could have been developed so much further, but wasn’t.

Despite that, this book was still quite entertaining. I was very much in love with the steampunk + magic + supernatural fantasy mix, which was fresh and super well-done. In the book, there’s ghosts and spirits, but also automatons and mechanical creatures, but also dragons and Doctor Strange-like magic (I’m sorry I don’t know how else to describe it). Those things were definitely a highlight for me; it was so unique, and before this I had never seen a book with those particular fantasy aspects combined. 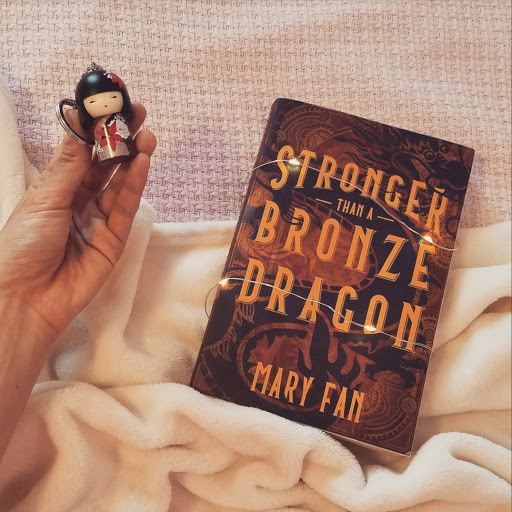 The writing was also really easy to just devour, and it made for quick reading! I usually have trouble with epic fantasies, because I find them difficult to read most of the time, but this was pleasantly different and definitely not hard to read. And I actually didn’t hate the first-person point of view, which I usually do in fantasy (and in general but shh).

There’s also romance, and it’s not a large part of the story for a good chunk of the book. You can tell that there’s going to be a romance (isn’t there always), but it’s definitely not too on-your-nose, which I really appreciated. I wasn’t in love with it, but I didn’t despise it, but I do think that the story might have been stronger if they’d remained friends. (It was just ruined for me a little when one of the characters said “I love you”, after they’d known each other for like. a few weeks maybe. Straights stop being so dramatic!!)

I originally rated this book 4 stars, and ended up taking off half a star when I finished writing this review. I genuinely did enjoy the book overall, but when I started writing all my thoughts down, I realized I had a few more issues with it than I initially thought. But if you’re looking for a really enjoyable, unique fantasy with a lot of adventures and twists, I definitely recommend you pick this up!

are you planning on picking up this book? or have you gotten the chance to read it already? do you have any good steampunk fantasy recommendations for me??