And I’m not even mad about it!! Being the horribly, pathetically kind person I am, I love to hand out tips and help out in whatever way I can.

Today, I’m here to be a little sappy and reflect back on my previous years of blogging, but also give blogging advice to my younger selves (and to you!!). I don’t know what really prompted or inspired me to write this post, I just felt like it would be fun for me to write up, and also beneficial for old and new book bloggers!

1. don’t burn yourself out

This is the #1 thing I wish I could have told myself when I started out blogging, because when I first began, I poured so much into it that I suffered from a burnout for an entire year. I posted like 3 times a week, followed 200+ blogs and commented on every blog post in my Reader, and in general just spent so much time and work on it.

Now, I still do spend a lot of time and work, but it’s a healthy amount. I’ve learned to prioritize school over blogging, learned to prioritize my HEALTH over blogging, and don’t overwhelm myself with blogging that it becomes something I start to lose passion over or motivation for. And I think that this is so incredibly important because!! burning out is one of the worst feelings ever!!! and I don’t wish it upon anyone!!!!

This one is a big one for me specifically, because I feel like the humor I’d tried to use when I first started blogging never came naturally to me! And I think part of that is because my blogging voice has evolved over time—thank god, 2017 me was annoying as hell—and so I feel like WHATEVER happened back then (don’t talk to me about it) of course felt unnatural. But I do think I also just tried waaay too hard to be someone I wasn’t and I wish I hadn’t done that!!

Both because it’s an absolute crime to be inauthentic to yourself and thus rob the world of your wonderful presence (picture me onstage in a wig preaching about being who you are) and also because I literally cannot look back at my old posts without horribly cringing and having to tear my eyes out.

3. get a better sense of aesthetic

I mean, jesus christ, what was THIS:

I just. I don’t even have anything to say. To any new book bloggers, if you’re worried about not having a very good aesthetic, I can assure you, NOTHING is as bad as whatever cursed image I made. (And definitely NOTHING is as cringy as that, though I have to say, that “RIP!” looks pretty cartoony if that was what I was going for.)

Also, just a note, you are completely allowed to laugh at me for this, because you will never laugh more at me than I laugh at me. (One time I thought not being active for THREE DAYS was a hiatus. I was really something back then.)

I guess this goes with Tip #1, since I prioritized blogging over pretty much everything else when I started out, including school and my health. If I’d prioritized one of those things over blogging, I would have spent less time on it and wouldn’t have burned out (or at least, not burned out as much as I did).

Last year I definitely got a lot better at prioritizing school and my health, and took the necessary breaks. But I honestly didn’t really prioritize blogging ENOUGH. So this year I better!! balance!!! both!!!! Third time better be the charm or I will actually throttle the universe!!!!!!

Okay, so this might not be THAT big of an issue, but I started out blogging and writing long posts, and now I can’t stop and it’s a problem because I talk too much!!! Like my last post? I just kept rambling and rambling and I noticed that it was over 2K words way too late.

This is the BIGGEST thing I wish I’d told myself going into my second year of blogging, because it was pretty much what just led to my whole Blogging Crisis of 2018. I wish with all my heart that I hadn’t let them pile up to the point of being months behind on replying to comments, because it has just led to so much guilt and self-hatred.

There are posts from more than a year ago, with comments that haven’t been replied to. I can’t even go back beyond February’s posts and reply to comments because I just feel so guilty. So to new bloggers: Try to answer your comments as soon as you can, because you don’t want to end up like I did!! (And if you’re wondering what I ended up like, it’s: completely flattened by the weight of my guilt!!!)

This was a HUGE HUGE issue for me last year. I did so well in my first year of blogging (see: completely pouring myself into it and being generally unhealthy about it), and I knew I wasn’t doing as well in my second year. But seeing those stats be “proof” of that made it a lot harder.

I beat myself up over how I seemed to be regressing, rather than growing and improving. Stats aren’t the end-all, be-all, and numbers really do not define your worth, but it wasn’t really the views or likes that made me feel horrible but the number of comments, an indication of how much less I was actually talking to other bloggers. 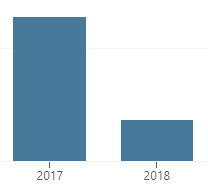 Luckily, I’m doing a lot better at not checking my stats as often, and not caring as much about them!! It’s still an issue of course, comparing stats and overanalyzing them, but I definitely have a much more positive outlook on them.

(Also, not comparing stats can apply to comparing yourself to other bloggers, which you also shouldn’t do!! But I never really had that problem last year when my biggest issue was with myself.)

I still struggle to do this this year (for example, I’m writing this at 2am on the day this post is supposed to go up later) but it was especially worse in 2018. I just… horribly procrastinated writing posts, and almost every post I published had been finished right before I clicked the publish button.

OR I finished the post after midnight and changed my blog’s time zone in settings so that it appeared to be published on the day it was supposed to be but actually wasn’t. Listen, if I can’t time travel, I’m cheating the system in whatever way I can.

9. don’t obsess too much over ARCs

To be really honest, I don’t think I’ve ever had a problem where I requested way too many ARCs or frequently thought less of myself for not getting like 18234 ARCs. I just think, compared to where I’m at now with not caring as much about ARCs and how healthier that is for me, I wish I hadn’t cared so much about them!

This probably might become its own discussion post later, but I think in general there’s a lot of pressure to want ARCs and to actually receive ARCs in the book community, and that fosters a feeling of being unsuccessful or less worthy of a book blogger if you didn’t get those ARCs. I struggled with that last year (as I think every book blogger will struggle with at least once), but now? There are books I would love to get in advance, but I just don’t feel particularly obliged to request them. I don’t feel a need to want ARCs or to get them, and it’s SO nice.

(There’s only one ARC I truly want right now and have requested, and that’s GIRLS OF STORM AND SHADOW, JIMMY PATTERSON PLEASE.)

10. be kinder to yourself

As you can tell from the other tips I gave to my 2018 self, I definitely had a lot of guilt and self-hatred over what I felt like was me failing at blogging. And while I do think those negative feelings are important to motivate me to do better, I also think that I could have shown a little more kindness to myself, especially with all the mental health things I was going through!

And in general, I could just be kinder to myself. We could ALL be kinder to ourselves, even if we don’t think we deserve it. (Especially if we don’t think we deserve it.) I think it’s important to remember that we blog for fun, and because we love it, and if it ever becomes anything to negative for us, we need to take the necessary steps to ensure it’s positive again. 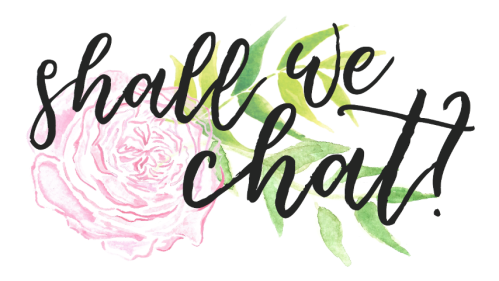 what are some pieces of advice you’d give your younger blogging self? do you agree with the advice I gave? how long have you been blogging?? (if you’re a new book blogger, say hi!! you’re doing amazing!!!)