It’s well-known that I’m in love with Asian books.

I mean, I can’t seem to shut up about Asian books I’ve loved and Asian releases I’m looking forward to. The Weight of Our Sky certainly isn’t exempt from my love.

When Vicky @ Vicky Who Reads announced a blog tour for Southeast Asians for this book, I immediately signed up. A chance to read one of my most anticipated books of the year, and talk about how it related to my Southeast Asian identity? Hell yeah.

I was ecstatic to be accepted for the blog tour, and I’m so thankful that I got to read this stunning book. Hopefully by the end of my review I can convince you all to read it as well!

THE WEIGHT OF OUR SKY by Hanna Alkaf

A music-loving teen with OCD does everything she can to find her way back to her mother during the historic race riots in 1969 Kuala Lumpur, Malaysia, in this heart-pounding literary debut.

Melati Ahmad looks like your typical moviegoing, Beatles-obsessed sixteen-year-old. Unlike most other sixteen-year-olds though, Mel also believes that she harbors a djinn inside her, one who threatens her with horrific images of her mother’s death unless she adheres to an elaborate ritual of counting and tapping to keep him satisfied.

But there are things that Melati can’t protect her mother from. On the evening of May 13th, 1969, racial tensions in her home city of Kuala Lumpur boil over. The Chinese and Malays are at war, and Mel and her mother become separated by a city in flames.

With a 24-hour curfew in place and all lines of communication down, it will take the help of a Chinese boy named Vincent and all of the courage and grit in Melati’s arsenal to overcome the violence on the streets, her own prejudices, and her djinn’s surging power to make it back to the one person she can’t risk losing.

Thank you to the author for providing me a review copy via Netgalley in exchange for an honest review! This did not affect my opinion in any way.

Hanna Alkaf graduated with a degree in journalism from Northwestern University and spent over ten years writing everything from B2B marketing emails to investigative feature articles, from non-profit press releases to corporate brochures. She worked in Chicago as an online copywriter for several years upon graduation before coming home. She’s been a senior writer at Marie Claire Malaysia, the communications manager of education non-profit Teach For Malaysia, and a freelance journalist. Her articles have appeared in the Malaysian iterations of Marie Claire, Shape, and Esquire, as well as a host of other media both print and online.

Hanna now spends her time making it up as she goes along, both as an author of fiction and as a mom. THE WEIGHT OF OUR SKY is her first novel. She lives in Kuala Lumpur with her family.

I’m not usually a fan of historical fiction. It bores me, it’s written dryly, and I just don’t connect as much to the characters.

But The Weight of Our Sky is different. It’s captivating, in a devastatingly emotional way, and its stunning writing pulls you in. You feel for the characters and people in this book, so much that it hurt. Somehow in less than 300 pages, this book breaks your heart and mends it back together, over and over and over again.

The Weight of Our Sky tells the story of Melati, a Muslim Malay girl living in Malaysia during the time of the 1969 race riots in Malaysia, an ugly battle between the Malays and the Chinese. Melati lives with OCD and anxiety, but she is led to believe that it’s instead a djinn that lives inside her head, feeding her images of her loved ones’ deaths that she believes she can only prevent by counting in threes.

These race riots… are brutal. (Content warnings at the bottom of my review!) I’d never read anything about them before, and that just made it even more shocking. It’s hard to get through, because it hits you hard and you can’t believe that something so vicious could happen. And Alkaf doesn’t shy away from depicting these cruel acts against humanity and is able to depict both the horrors people faced and the hope people still had.

Living through this is made worse for by Melati because of her mental illnesses. The portrayal of her anxiety and OCD is just exceptionally well-done, especially in a time and place where mental illness was heavily stigmatized. As someone with anxiety, the way Melati felt consumed by her fear and worry stood out to me, because the same thing often happens to me as well.

When there is so much broken about the world we currently live in, one cracked person is easy enough to excuse or ignore.

The Weight of Our Sky is immersive and engaging. Before I read this book, I was slumping, and especially struggling to read ebooks. This book, though, I absolutely devoured, reading so much faster than I usually do because it was just so engrossing. It packs so much into a book of less than 300 pages, without it feeling dry or slow, managing to keep you captured the entire time.

One of the things that keeps you so captivated is Melati herself. Her character is written so well, and her struggle to manage her anxiety without giving into the Djinn is heartbreaking to read. You can feel her pain and her worry so much, and it’s enough to make you want to sob.

But the way Mel is able to grow throughout the book and become stronger for the pain and troubles she goes through to find her mother is absolutely beautiful. Melati’s resilience is powerful and inspiring, and her love for her mother truly shines.

Speaking of her mother—the relationships in this book were so strong. Melati refuses to stop searching for her mother, even when her own safety and health is at risk, and it seems hopeless at times. There’s Melati’s best friend Safiyah, who were in scenes I teared up over. There’s the Chinese boy Melati meets who helps her stay alive, Vincent, sweet and kind. There’s a little Malaysian girl Melati meets and takes care of, May. 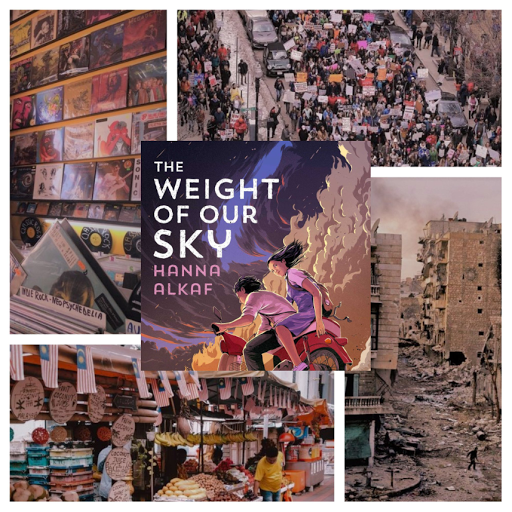 All of these relationships and more show how not only in this terrible time is there war and cruelty—there are also people helping people, Malay, Indian, Chinese. Race is what divided some, but race doesn’t keep apart everyone else from helping each other in their time of need.

Alkaf’s gorgeous prose tops all of this off. Her nuanced portrayal of these horrific events is already impressive, but she also manages to write everything beautifully. How she can tell a story grim and dark but weave in threads of hope and light is beyond me.

As a Southeast Asian, this book means the world to me. Southeast Asian rep is difficult to find in popular books, even in just “somewhat” popular books. And while I’m Thai, not Malaysian, there were so many cultural things in this book that I could relate to, even as someone who lives in the US and has visited Thailand only 6 times before.

Just as it is obvious that I love Thailand and cherish my Thai culture, I see the same in Melati as well. Despite the horrors going on, it is clear that she loves her country still and is proud to be Malaysian. And that pride, that love—it is so very meaningful to see.

“It means where we plant our feet is where we must hold up the sky. We live and die by the rules of the land we live in. But this country belongs to all of us! We make our own sky, and we can hold it up—together.”

This story is not only of heartbreak, nor is it a story only of hope. It is a story of both, and how you can be broken over and over again, but you will still survive and keep surviving, even if you have a few scars.

I fully recommend this breathtaking historical debut. It’s incredibly difficult to get through without wanting to curl into a ball and wish nothing like this ever happened, but it is completely worth it. It’s an important, relevant story, and I have no doubt many others will fall in love with Melati, her journey, and Alkaf’s writing just as I did.

:: content warnings :: death of a loved one, death in general, graphic violence (like mob violence) missing loved one, anxiety and OCD triggers, racism, description of blood, depictions of grief

There is a lovely INTERNATIONAL giveaway going on right now for a copy of this book plus a Kampung House Coloring Book! (You DEFINITELY don’t want to miss out on your chance to get this masterpiece.) Check it out through this link or by clicking on the logo below! 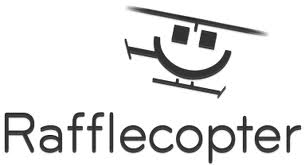 are you planning on reading this book? have you entered the giveaway for it?! what historical fiction books have you read? are there any heartwrenching historical books you can recommend me??